Don't Be Too Curious is a Lakota story. It was originally performed by John Fire Lame Deer and recorded by Richard Erdoes during his field research between 1969 and 1975. (Erdoes and Ortiz 1998) The transcription below is a letter-for-letter copy of the version Erdoes and Ortiz published in their collection American Indian Trickster Tales. The story counts a transcription of an Oral Performance, twice removed. The Performance Theory will be used to asses and take a deeper look at the transcription of the performance.

A curious Coyote asks Rabbit what he has in a pouch. Eventually the curiosity becomes too much, and he rips the pouch open which contained fleas. The fleas still bite Coyote today, which is why he howls.

Using the performance theory to look at any transcription of an oral performance will yield less results than actually observing a live oral performance. That said, there are only remnants of some traditions that do not exist today. Usually, like The Odyssey, these are called voices from the past. (Foley 2002) In the case of the story of Don't Be Too Curious, it was transcribed from an audio recording of a performance or the oral tradition. (Erdoes and Ortiz 1998) Some keys to performance will still exist in the script provided.

Native American stories are traditionally devoid of figurative language. This is generally due to their close-to-nature way of living, and other factors such as the fact that the stories contained references to plants and animals which the people were used to seeing or experiencing, so the descriptive factors are implied. Similar to figurative language, the entire story serves a symbolic nature to the audience, teaching them not only a moral lesson but a "the way it is" lesson as well.

Because Native American and Lakota oral tradition performances are so similar to regular speaking, it can be difficult to distinguish just a few lines between OT and every day speak. The keys to performance are meant to decode this, and special formulas such as grammar and recurring phrases within a story (or the tradition itself) are generally clues to an oral performance. In this story, the character of Coyote, or any of the other stock characters, is a major key that someone is telling a story. Coyote is also an important element in many Native American tribes' spirituality and culture, but because their oral traditions are woven into the framework of their culture, the two (it is hard to classify them as two separate things) overlap in many aspects.

This story is very dialog heavy, which could be seen as a special formula. Animals do not talk in the real world, but within the realm of oral tradition, it would seem very strange that they wouldn't. Some stories feature some animals that do not talk, and the focus of these stories are typically that that creature ends up not being alive at all. (Erdoes and Ortiz 1998) 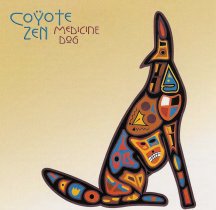 Appealing to the "old ways" despite the changing world is a struggle any tradition must endure. According to Calvin Grinnell, "Oral Tradition has no competition with cartoons." The content of this story, and the rest of the stories in Twbtg2's project on Native American trickster stories, all seems to make sense today as much as they would have hundreds of years ago. The main features of the stories - naturalism, talking animals, morality lessons - are universal and timeless. One majoy changing factor is that some stories are told in English nowadays. Don't Be Too Curious combats this minorly by using some traditional Lakota words.

Once again, the failure to observe the original performance dampers the ability to report all disclaimers of performance. While many Native American stories begin with a reference to time, this story jumps right into the plot. (Thompson 1929) The mention of Coyote is a notification to the audience that the story will be "fictional", and that they need to understand that he is a character, rather than an animal. The audience will know this because they are versed in the tradition. Otherwise, they would be confused.

This story's title and last sentences spell out both the historical and behavioral lessons it is conveying to the audience. Besides an story about coyote's howling, the story also teaches children why it is important not to be too curious and act on that curiosity. This story also features the stereotypical trickster, Coyote, being tricked by another trickster. Audiences would have known that the end of the story was going to be comical.

See Talk:Don't Be Too Curious for questions to think about and discuss.

Retrieved from "https://oraltradition.fandom.com/wiki/Don%27t_Be_Too_Curious?oldid=3404"
Community content is available under CC-BY-SA unless otherwise noted.